In December of 2018, the Agriculture Improvement Act of 2018 (or simply the 2018 Farm Bill) was signed into law. The $867 billion Farm Bill is a massive, far-reaching hunk of legislation touching on everything from crop insurance to school lunches and food stamp programs. Additionally, the 2018 Farm Bill includes major wins for the hemp and CBD production industries, introducing long-awaited regulatory changes at the federal level that will usher in a new age for America’s next billion dollar cash crop. In a poignant moment of symbolism, Senate Majority Leader Mitch McConnell even signed off on the initial proposal with a hemp pen. So what is the Farm Bill, and what does it mean for the future of the CBD industry? Let’s take a look…

Hemp Production History and U.S Law: Is It Legal to Grow Hemp?

First, it’s important to remember that hemp wasn’t always illegal to grow in the United States. In fact, at the turn of the 20th century, hemp was an integral part of American industry and a thriving staple crop. However, on the heels of films such as Reefer Madness, growing public misconceptions about the differences between hemp and marijuana, and purported lobbying on behalf of Dupont and its newly patented “plastic-fiber,” Congress passed the Marihuana Tax Act of 1937. Unfortunately, early legislation did not differentiate between hemp and other cannabis plants. This new era of federal regulation spelled the beginning of the end for the commercial hemp industry at the time. Further legislation in the 1970s went a step further, categorizing both hemp and marijuana as Schedule 1 substances, the same classification used for heroin and other highly hazardous drugs. It would take decades for Congress to differentiate between marijuana and hemp plants — a small but pivotal step towards federal legalization.

Industrial Hemp: What’s the Difference Between CBD and THC?

There are more than 100 different chemical compounds, known as cannabinoids, found in hemp and other cannabis plants. Tetrahydrocannabinol (commonly referred to as THC) and cannabidiol (or simply CBD) are just two of these cannabinoids. While THC may be more of a household name due to its psychoactive effects, the lesser-known CBD is becoming increasingly popular for its ever-expanding list of purported health benefits. CBD is not psychoactive, meaning it does not produce the famous “high” of THC, so it is safe to use before driving and performing other daily activities that require unimpaired judgment and physical capabilities. Distinguishing between these different cannabinoids is imperative to understanding the difference between the marijuana and industrial hemp plants. Hemp and marijuana are both varieties of the Cannabis sativa plant. While both contain the aforementioned Cannabinoids THC and CBD, their concentrations are drastically different. Marijuana contains a relatively high concentration of THC, while industrial hemp contains high levels of CBD and low levels of THC (less than 0.3 percent). This minimal concentration of THC is what makes hemp so appealing as an industrial material, as well as a source of CBD extract. Even as more states continued to legalize marijuana, all forms of cannabis (including hemp) remained classified as Schedule I controlled substances under federal law. That is, until the 2018 Farm Bill…

Farm Bill 2018 Hemp Guidelines: What Is the Farm Bill?

The 2018 Farm Bill builds upon the hemp research pilot program established by the previous Farm Bill. The 2014 Farm Bill laid the groundwork for hemp to be grown and used for research purposes, once institutions received approval from the United States Drug Enforcement Agency (DEA). In response to the 2014 Farm Bill, more than 40 states approved programs to foster such hemp research initiatives. Additionally, the 2014 Farm Bill finally clarified some of the semantic confusion surrounding hemp’s legal status by classifying cannabis plants according to their percentage of THC, thereby setting the stage for the cultivation of commercial hemp. Most importantly, the 2018 Farm Bill removes hemp from the controlled substances list and transfers oversight from the Drug Enforcement Agency to the Department of Agriculture. That said, while hemp is now federally legal without a shadow of a doubt, the federal legality of concentrated CBD still faces some major pitfalls.

While the 2018 Farm Bill and 2014 Farm Bill may have finally clarified the difference between marijuana and hemp and legalized commercial hemp production, there still remain many sticking points for hemp-derived products such as CBD. The FDA has approved drugs with CBD and THC as active ingredients, and as a result, “it’s illegal to introduce drug ingredients like these into the food supply or to market them as dietary supplements,” per an FDA press release on the subject. According to the same release, exceptions exist for products derived from parts of the hemp plant that may not contain CBD or THC, such as hulled hemp seeds, hemp seed protein, and hemp seed oil. However, FDA commissioner Dr. Scott Gottlieb notes that it is the FDA’s role “to continue enforcing the law to protect patients and the public while also providing potential regulatory pathways for products containing cannabis and cannabis-derived compounds.” What does that mean? For now, nothing concrete.

How and to what extent the FDA will go about enforcing its authority over cannabis products, only time will tell, but the agency has already sent warning letters to some manufacturers marketing CBD products with claims of disease-curing properties. Meanwhile, individual states may also choose to take a tougher stance on the matter. In January 2018, the New York City health department ordered restaurants to stop adding CBD to foods and beverages, because it is not approved by the FDA as a food additive. This NYC embargo occurred on the heels of a similar move by the government of Maine, which prohibited retailers from selling CBD edibles. As of January, members of Congress have asked Gottlieb and the FDA to change the current stance on hemp-derived CBD, to allow companies to continue manufacturing and selling these hemp-derived CBD products without FDA approval. The FDA’s response is currently pending. 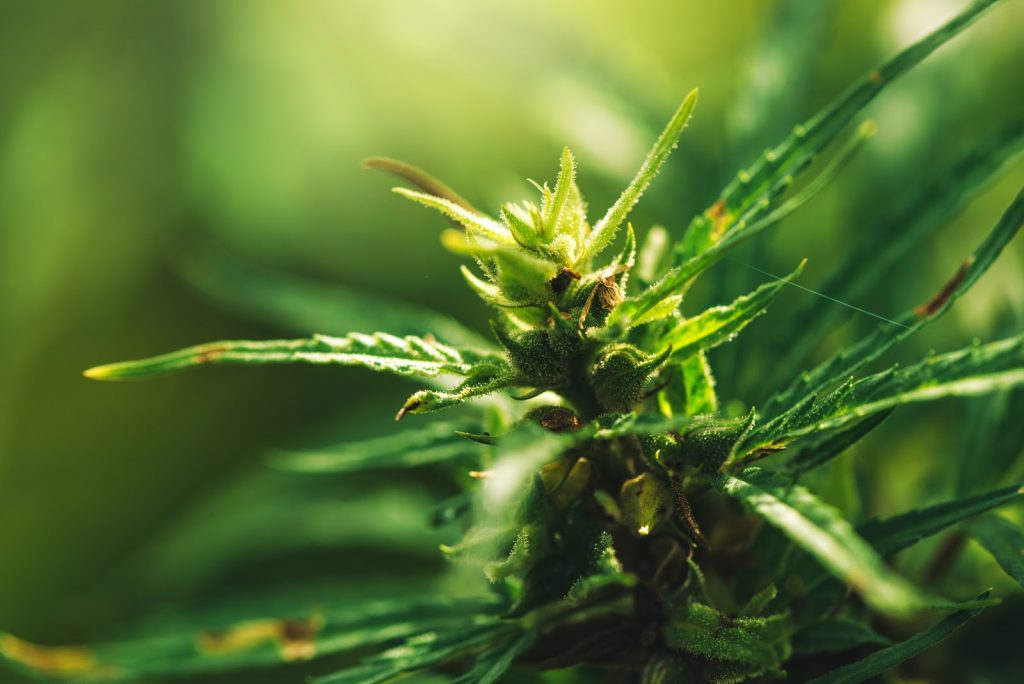 Although hemp cultivation is no longer illegal, there are still legal requirements and restrictions a prospective grower must understand and meet in order to stay on the right side of the law. “Ultimately, the Farm Bill legalizes hemp, but it doesn’t create a system in which people can grow it as freely as they can grow tomatoes or basil,” according to The Brookings Institution. For example, growers are required to seek approval by applying through their state’s industrial hemp program, and not all individuals will qualify per the latest Farm Bill. Currently, anyone who has been charged with a felony in the last decade may not be involved in hemp production, although there are exemptions for individuals with past felony convictions who are already participating lawfully in a hemp pilot program established under the 2014 Farm Bill. This portion of the Farm Bill has drawn criticism, because no similar background checks are required for the growing of other crops, such as tobacco. An earlier draft of Farm Bill 2018 included a tougher stance on cultivators with a felony. The previous proposal would have banned any person ever convicted of a drug felony from participating in hemp cultivation, without specifying a 10 year window.

The legalization of hemp, and its removal from the Schedule 1 controlled substance list, helps clear up some of the production bottlenecks and liabilities that have plagued the CBD industry for years. Companies within the hemp industry have historically had to navigate a maze of red tape just to manage basic day-to-day operations and logistics. These obstacles range from banking and business loan qualification to insuring shipments of hemp products. Thankfully, over the next few months, hemp companies and cultivators should have increased access to banking and credit card options. Additionally, the 2018 Farm Bill also explicitly allows hemp and hemp-derived products to be transferred across states lines. As stipulated by Farm Bill 2018, individual states and Indian Tribes cannot prohibit the legal transport of these goods through these states or territories. Furthermore, hemp is now eligible for crop insurance, as is standard procedure for other crops such as corn, tobacco, etc. This will add a layer of security for farmers in the event of a catastrophe, allowing growers to recoup financial losses, at least partially. This security and peace of mind, which was nonexistent for hemp farmers in previous years, will be invaluable to growing their businesses in the future.

The 2018 Farm Bill may also allow hemp producers and hemp companies to tap the full marketing potential of these hemp products — especially digital advertising cornerstones such as Facebook and Google. In the past, hemp companies and hemp-derived product sectors were not allowed to place ads on Google or Facebook. Over time, hemp and marijuana companies have found creative ways to use other media outlets, blogs, podcasts, and savvy public relation tactics to promote their brands but with Facebook and Google accounting for nearly 60 percent of digital advertising in the U.S market, it’s hard to deny how important these platforms can be to a brand’s success. Thanks to the 2018 Farm Bill, the hemp industry may no longer need to jump through hoops to harness the power of digital marketing.

With the regulatory authority over hemp shifting from the Drug Enforcement Agency to the U.S. Department of Agriculture, many hemp manufacturers — including Charlotte’s Web and Vertical Cos., just to name a few — have expressed interest in soon listing their companies on major American stock exchanges. At the moment, only a few cannabis companies, none of which have operations in the U.S itself, are listed. Much like digital advertising on mainstream staples such as Facebook and Google, listing on mainstream stock exchanges is just another step toward conventional commercialization and marketing for the hemp industry.

The Farm Bill in a Nutshell: A 2018 Farm Bill Summary

The 2018 Farm Bill shifts oversight of hemp from the Drug Enforcement Agency to the USDA. Most importantly, the bill legalizes hemp, and the plant is no longer classified as a Schedule 1 controlled substance. The Farm Bill does bar anyone convicted of a felony within the past 10 years from growing hemp or participating in hemp production, although there are exemptions for individuals already operating under pilot programs established by the 2014 Farm Bill. Overall, the 2018 Farm Bill brings hemp one step closer to being treated like any other U.S crop staple, even if the future of CBD regulation remains unclear at the moment. Additionally, while hemp is legal at the federal level, states may choose to be more restrictive and make hemp cultivation illegal locally. States may also choose to crack down on the sale of CBD-infused edibles — and many already have — due to these products lacking FDA approval for use as food additives. 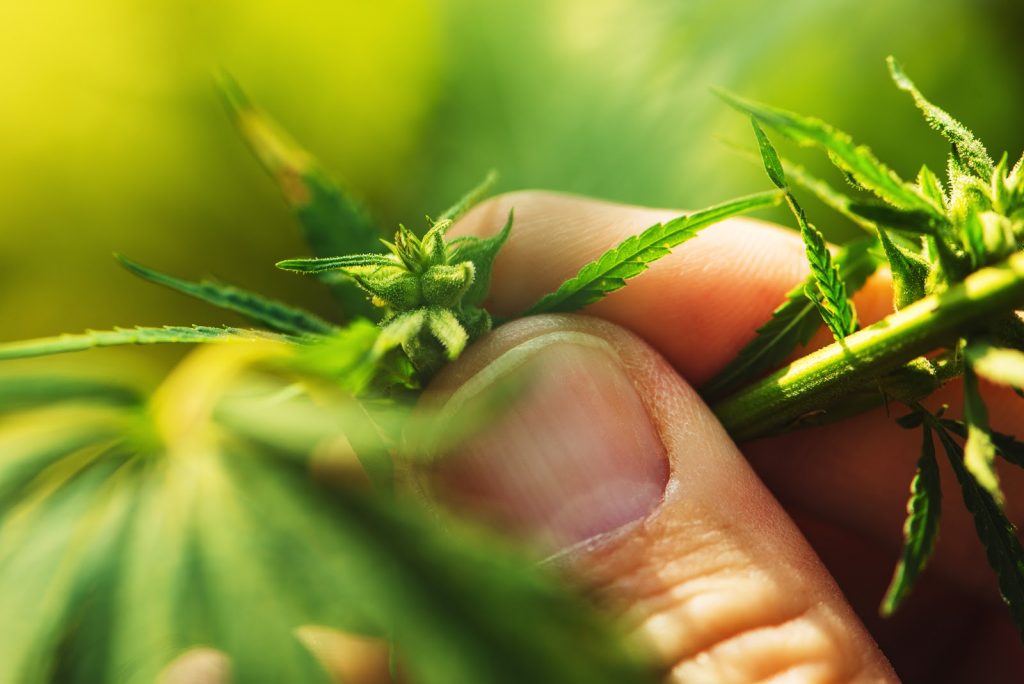 The Future of Hemp Production

While CBD federal law remains a murky topic at present, the 2018 Farm Bill will finally unshackle the American hemp industry, allowing U.S farmers to reintegrate this crop and begin competing with foreign exporters. In 2017, U.S hemp imports totaled more than $60 million dollars, with the majority coming from Canada, Europe, and China. Also in 2017, U.S farmers cultivated approximately 23,000 acres of hemp, and this acreage increased to 77,000 in 2018. It’s estimated that hemp production could swell in 2019, with more than 125,000 acres planted this year. The hemp market is booming and will continue to do so for the foreseeable future, with some analysts expecting it to top $10 billion in 2025. The latest Farm Bill will allow hemp production to reach the heights that were once expected of the crop, prior to the decades of regulation and prohibition. In fact, hemp headlined a 1938 issue of Popular Mechanics, which touted it as a looming “billion-dollar crop.” Now, it seems the hemp industry can finally pick up right where it left off.

We update our blog regularly so stay tuned for the latest on CBD federal law, 2018 Farm Bill hemp updates, and much more!

Talk to an Extraction Specialist Today

This is a Non-Refundable Item